Come for a walk with me won’t you?

My life in the Internally Displaced Person’s camp is a very simple life. I am on my own. My father was killed when Boko Haram attacked our village and my mother, taken away.  I do hope she is alive and we will be reunited one day.  My eldest brother, he left the camp not so long ago when the Boko Haram offered him money to join them in fighting.  Yes, the same men who killed my father have now enticed my brother to join them because he couldn’t see any other way out.  I have been assigned an elderly woman to care for me but this doesn’t guarantee I will be loved.  They will allow me to stay in our make-shift shelter, eat, and drink when there is food and water, and when there is no work to be done I am allowed to go to school. My home is made from whatever we have found by scavenging, grasses, tin, canvas, even remnants of clothes too tattered to wear any longer.  Inside I am fortunate to have a mat to sleep on and a pot to cook with if we have food to eat.

I am happy to go to school but often attend with an empty stomach which makes it difficult to focus on my studies.    I will continue to go to school and study so that I can find a different way out.  But for now I will continue to trust that there is something more waiting for me in this life.  Until then I must live here in what many here refer to as “hell on earth”.

The above photos are photos of just one of over 200 Internally Displaced Persons settlements in Northern Nigeria.

Over 600,000 people are living in over populated camps, and education is at the bottom of the government’s priority list.  There are 32 official government-managed camps and over 200 unofficial settlements.

These people aren’t here because they want to be.  They are here for their safety.  The terrorist group Boko Haram has attacked villages across the north killing innocent people and forcing the survivors to flee to safety.

Many displaced persons arrive at the camps with only the cloths on their backs many without shoes.  Our volunteers in Nigeria have spoken to some people  who have walked over 20 miles to find a safe place to stay, only to arrive to overpopulated, ill supplied camps. 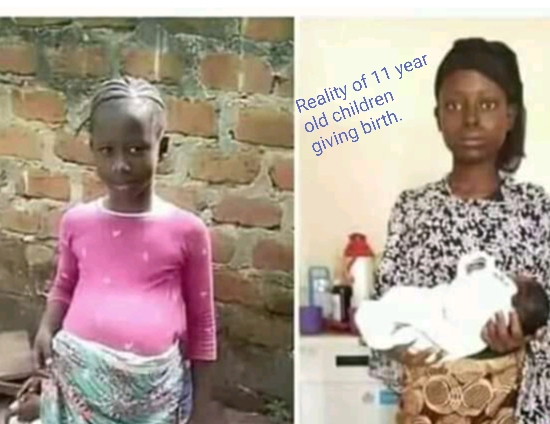 Unfortunately the reality the families face once they arrive to the camps isn’t always as safe as one would hope.  Many times parents choose to sell their children for money just for survival.  This act is catastrophic more often than not ending in extremely young girls giving birth as young as 11 years old.

Boys are often pushed out of the home at an early age to fend for themselves becoming targets for terrorist groups who promise them food and money.

These IDP camps were created as a temporary situation but have now become the norm in northern Nigeria.  It is an unfortunate situation that will only get worse unless the government will rid of the Boko Haram and other terrorist groups allowing people to return safely back to their villages.  The real need is to invest in education and job creation so people  stop existing on the idea that this situation of terrorism is a lucrative  business.

Though there has been no resolve on the terrorism that brought thousands to the IDP camp initially, in early 2022 the government began returning IDPs back to their villages.   In one resettlement community where 5,000 + people were dwelling in conditions that didn’t befit humanity.  The IDPs lived without good sanitary facilities and did not have access to portable water putting them at risk of all forms of infections.

Wait, the story gets worse.  The community has a bore hole that is to serve the community, but because it is not connected to the national gridlock so it is hardly ever used.  This forces the women to have to fetch water by a near by stream that is contaminated with human feces.

All of the efforts put forth by the government for what?  So they can claim they are making efforts to correct the problem, but are they really correcting the existing problems or just creating new or additional problems?

Meanwhile more money is given by the UN to bring food into Nigeria, but how much of the money is really used for the people?  Do they really ever see the food?

Stop feeding the fire!  Resolve will never come with temporary feedings.  There has to be a commitment to end the killings so that the people can exist and move forward without the threat of terrorist attacks. Haven’t they suffered enough?   If rehabilitation, return and reintegration is the goal, the initial cause of the problem must be resolved prior to throwing innocent lives to hungry packs of wolves.